Our firm offers experienced representation to municipalities and claiming authorities, not only in the prosecution of civil forfeiture actions but in setting up civil forfeiture programs in their entirety.

We have handled the prosecution and defense of more than six thousand (6,000) civil forfeiture actions. Our success rate in obtaining forfeiture or other resolutions favorable to our clients remains in excess of ninety-eight (98%) percent.

Contemporaneously, we are armed with the knowledge and experience we have acquired in prosecuting federal civil rights cases against municipalities since 1996.

As such, we are uniquely suited to maintain civil forfeiture programs in a manner that insulates the respective municipality from claims that its respective forfeiture provision, or its application, violates the U.S. Constitutional rights of the owners of seized properties

To date, we have defeated every U.S. constitutional claim and defense ever raised by any defendant in the more than 6,000 forfeiture cases we have prosecuted.

We are contemporaneously experienced in defending civil forfeiture actions and pursuing federal civil rights actions against governmental authorities that violate the U.S. Constitutional rights of property owners whose properties have been seized.

We have successfully obtained monetary damages on behalf of clients whose constitutional rights were violated when their properties were seized, irrespective of whether their property was ultimately forfeited or not.

This includes representation at any initial retention hearings, the trial court level, and in appeals, up to and including appeals to the United States Supreme Court. 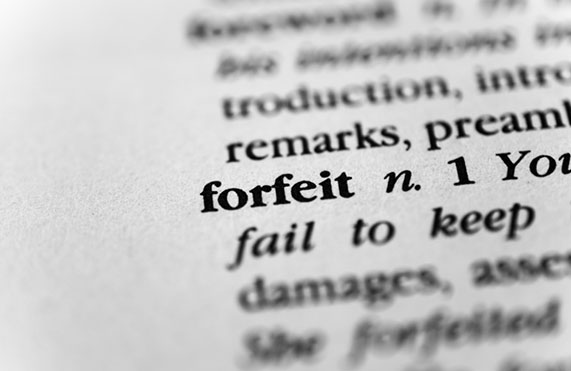