More specifically, our criminal defense practice concentrates upon criminal prosecutions which are politically motivated and/or are inherently without merit.

Often the genesis of indictments, informations and prosecutions do not originate from a complaint by some purported victim, or the commission of criminal activity.

Instead, they can begin with one or more federal, state or local government agents choosing to target a defendant, and a desire to charge their target with one or more criminal offenses, irrespective of whether such charges are meritorious or not. In other cases, the filing of baseless charges can be the result of mistake, incompetence or the inexperience of low-level local law enforcement personnel, which can range from police officers to building code enforcement.

The criminal prosecutions resulting from such circumstances are often without lawful basis, or entirely frivolous, but those who find themselves the named defendants within such criminal proceedings are constrained to not only defend themselves against such charges, but also to endure the expense, aggravation and inconvenience which invariably accompanies defending oneself in criminal cases.

We not only offer representation defending such cases as either lead counsel, or co-counsel working with other criminal defense firms, but we additionally work with a view towards exposing the underlying impetus of such baseless prosecutions, thereby placing our clients in a position to bring federal civil rights actions to recover damages for having been wrongfully targeted in the first place.

In select cases, we also offer to serve in the limited role of a watchdog, to maintain a laser-focused view on prosecutorial authorities, to identify, expose and act upon any prosecutorial misconduct occurring at any stage of criminal proceedings.

Typical cases would include highly public and/or politically-charged felony and misdemeanor criminal matters, low level criminal offenses, which are patently frivolous at the outset, and criminal zoning code violations. 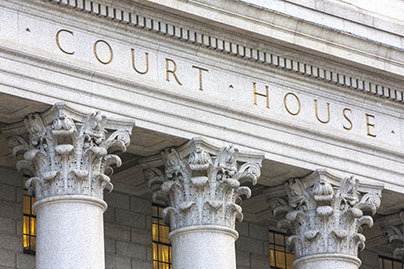